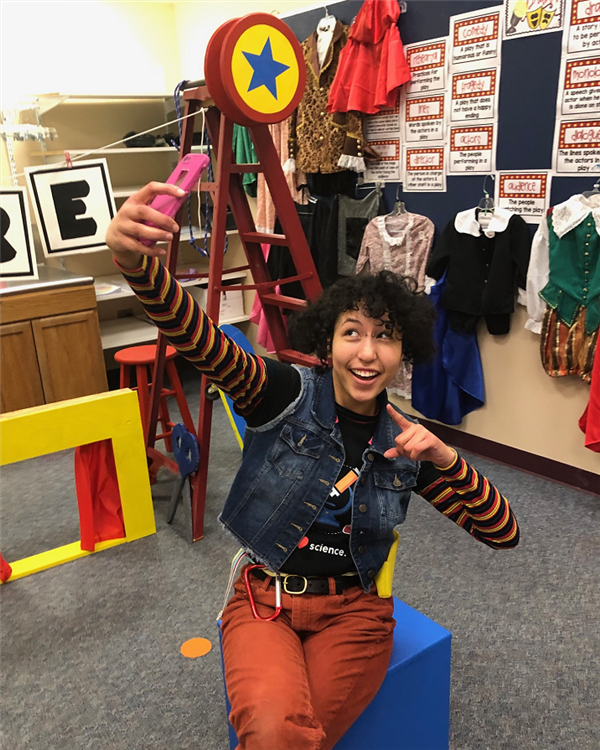 Trudy Ann is a doll who likes gumballs and catapults. Her best friend is a beach ball. And she’d do anything to escape the toy store! That’s the premise of “Push, Pull, Split, Spin,” a new science play by Martinez Elementary students.

The show is touring D11 elementary schools for the next six weeks. 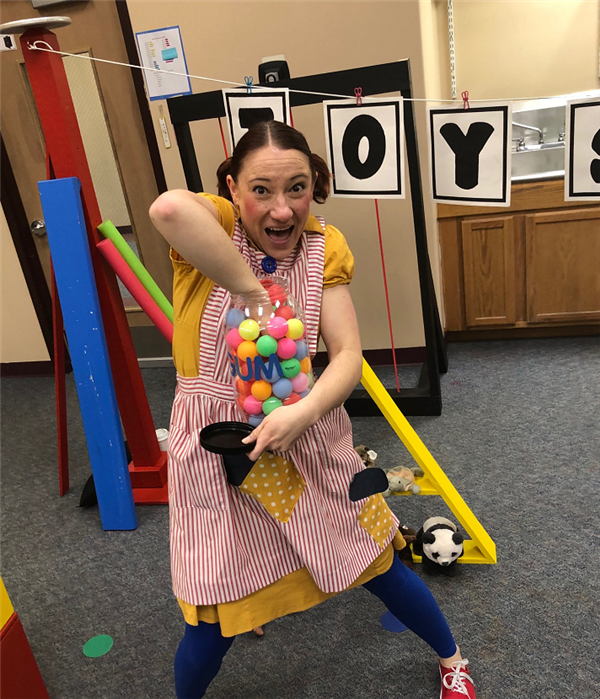 Karl Heffernan and Annie Weaver welcomed Mrs. O’Rear into their classroom for three weeks. In one session, the fifth-graders wrote and performed infomercials advertising how simple machines make work easier. Another time, a guest speaker from Mad Science brought in cool gadgets to explore.

Then the writing process began. The students brainstormed a setting, characters and plot. After deciding that Trudy Ann’s inventor fills his store with traps, the students had to design escape plans using simple machines. They also put actors on the Hot Seat, asking rapid-fire questions to help shape each character.

Theatre Across Borders, Mrs. O’Rear’s theatre company, brought the students’ ideas to life with a script that showcases all six simple machines: lever, pulley, wheel and axle, inclined plane, wedge and screw.“We really encourage a ‘yes-and’ mindset,” Mrs. O’Rear says, “We wanted every student to see their unique contributions in the final script.” 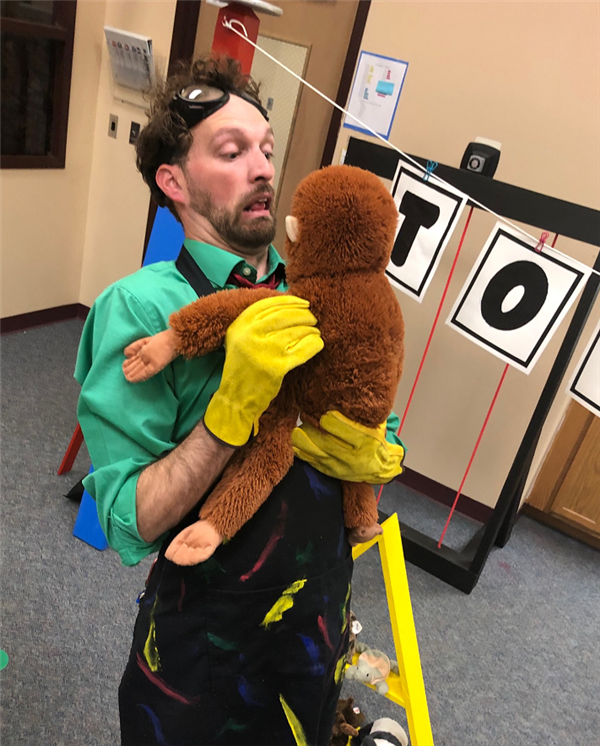 “It was the first play I had ever heard,” fifth-grader Victoria C. says, “and it’s the best story ever!”

Once the script was complete, the actors only had 10 days to rehearse. Kate Hertz, Tracy Taylor and Sean Verdu had to memorize their lines and get comfortable using the play’s machines, including a catapult, seesaw, puppet stage and skateboard.

“This show came together very quickly,” Sean Verdu says with a laugh.

“Push, Pull, Split, Spin” had its big premiere on Monday, April 4, at Scott Elementary. They’ve still got 15 schools to go, plus four performances at the Millibo Art Theatre (April 23 and 30). Tickets to the Millibo shows are on sale at themat.org.