To Protect and Serve: The story of one excellent D11 security guard

Walking into the Roy J. Wasson Academic Campus, you may have the pleasure of being greeted by Omar Gul Stanekzai. Although relatively new to the D11 family, Omar flashes a bright smile and welcomes you with a warm greeting. He will tell you it is an honor to serve as a D11 security guard, helping protect students and adults in his school. But it really is our honor to have someone like Omar in our school because, you see, Omar’s journey to this point has been quite phenomenal.

Born in Kabul, Afghanistan, Omar graduated from high school in 2008 and joined the Afghan Air Force, receiving helicopter engineering and mechanical training from Mongolian instructors. Out of 46 students, he received top honors and wowed his trainers. Working his way up through the ranks, Omar soon became a supervisor of other helicopter mechanics, continuing to gain recognition for his outstanding work. One day, his dream of becoming a pilot was about to come true. The Afghan Air Force Commander saw Omar’s dedication and sent him to officer training, where he  graduated as 2nd Lieutenant. 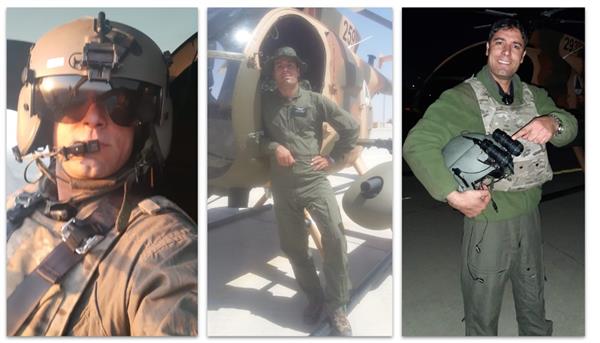 Omar qualified and received a pilot scholarship, which provided him the opportunity to come to the United States and attend the Defense Language Institute in San Antonio, Texas, and the United States Army Aviation Training Center at Fort Rucker Army Post in Alabama. He received training on three different types of helicopters and put that training to use when he returned home to Afghanistan. From there, he went on to fly many combat missions, saving lives and serving his country. Working “shoulder by shoulder” with American NATO soldiers, Omar says they fought against terrorism for an opportunity for democracy and peace in Afghanistan. 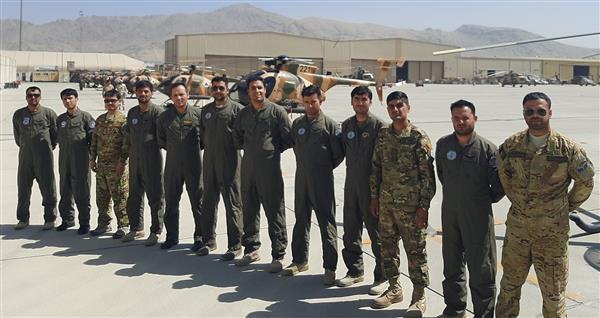 On August 14, 2021, when the United States military forces and diplomats pulled out of Afghanistan upon the President’s orders, the Taliban entered the Afghan capital of Kabul. Omar shared that this day was the darkest day of his life. He lost everything he worked so hard to achieve with his military career. He contacted his American friends and instructors and asked for help. Within days, he arrived in the United States and began the emigration process with his family at Virginia’s Quantico Marine Camp. There, he became the head representative for 6,500 Afghan refugees, receiving an award from a two-star general and a marine camp commander for his leadership.

Omar, his wife, and his daughter fled Afghanistan and made Colorado Springs their new home on December 8, 2021. He still reflects on his military career with many memories, some great and some not so great. Omar says living in the United States allows his daughter to go to great schools and college. He says it will provide his wife the opportunity to receive career training. He is happy to see his family thrive here because, after all, “USA is the land of opportunity.”

Thank you, Omar, for sharing your story, and we look forward to seeing the future chapters now that you are part of the D11 family!